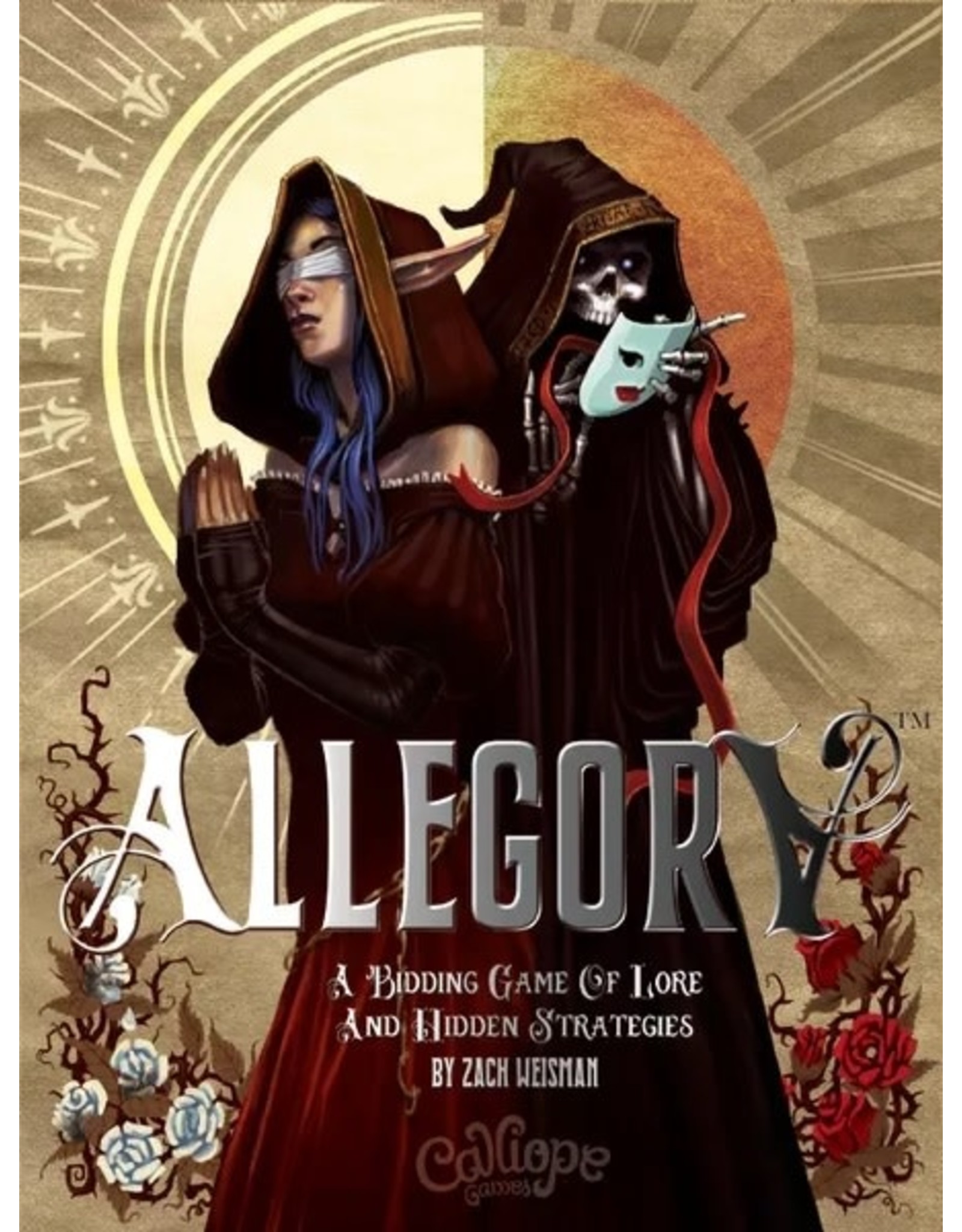 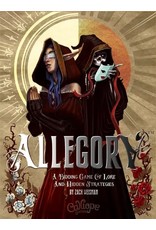 An allegory tells a captivating story while hiding a deeper, meaningful moral underneath. In the game of Allegory™, you’ll compete with others as renowned authors, each scribing a trilogy of Tales: Nature, Energy, and Spirit. Master the use of Lore to incorporate powerful Themes into your Tales. At the end, you will be rewarded for weaving a hidden Moral throughout all of your Tales—but only the most concise Tale shall become a literary classic for the ages!

In Allegory™, 2-6 players compete to earn the most points by bidding Lore chips, collecting cards into three Tales, and creating sets of Themes.  Choosing which Theme cards to take is important, not only because players each have a hidden goal to accomplish, but also because in the end, only the Tale with the lowest value is scored!  Winning a bid actually loses you chips; when you win you must skillfully distribute the Lore chips used across the remaining cards the Inspiration Pool, to be taken by other players later!