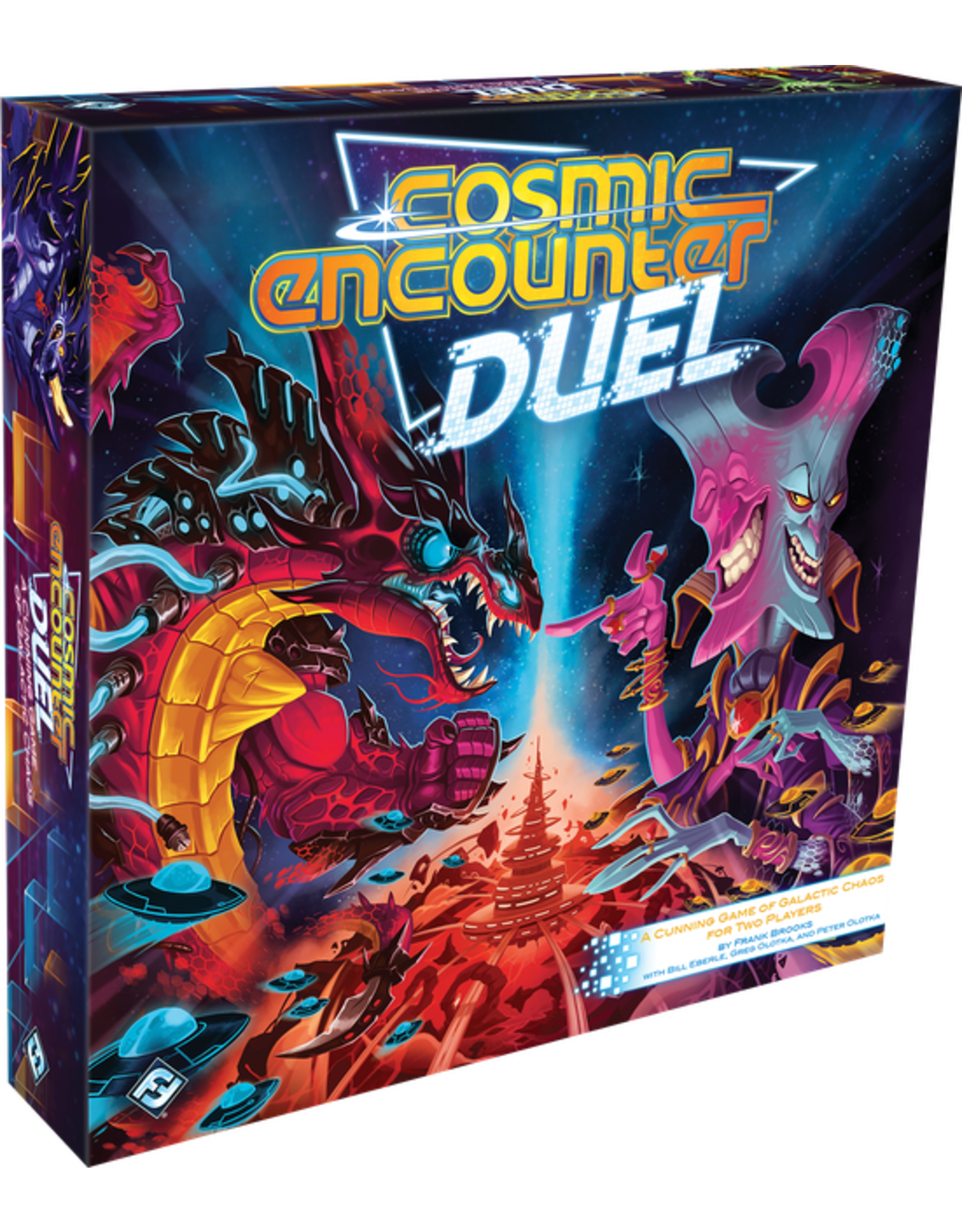 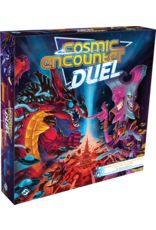 Cosmic Encounter Duel is a competitive standalone two-player game in the Cosmic Encounter universe in which you and your closest frenemy race to be the first to control five planets. Each of twenty-seven alien species comes equipped with its own unique abilities that play with the game mechanisms in some way, offering you an edge in the fight, e.g., the Cheater, who can reserve an additional tactic that they can put toward any fight in the game — as long as their opponent doesn't call out how they're trying to "cheat". How your game of Cosmic Encounter Duel plays out will inevitably be affected by which powers each dueling species has and how they play off of one another.