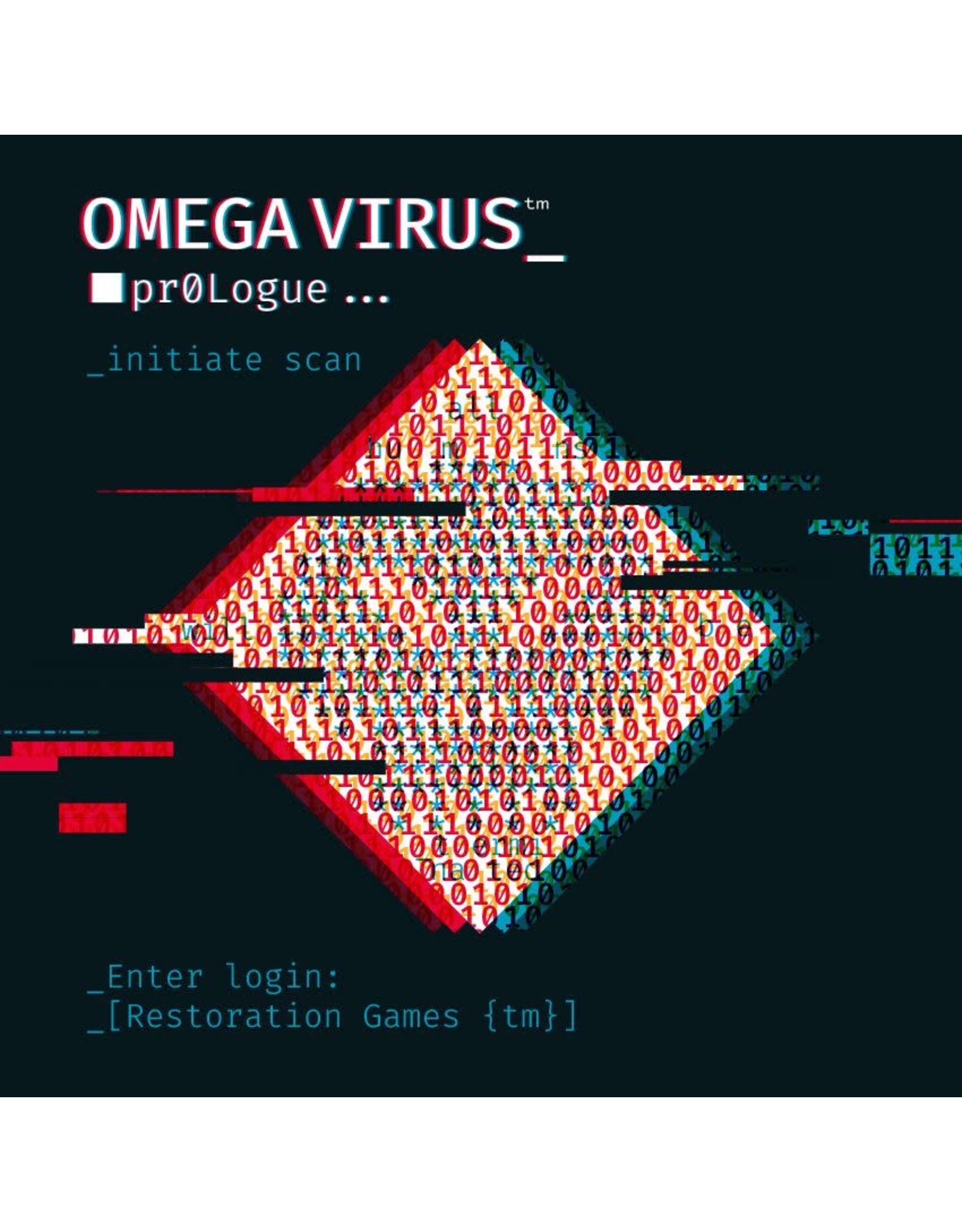 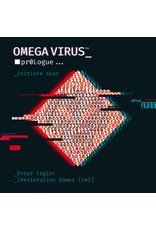 Omega Virus: Prologue is a real-time tableau-building card game, set in the world of The Omega Virus. Each player gets an identical deck featuring areas of the Battlesat as it is being ripped apart.

Simultaneously, in real time, players reveal the top card of their deck and play it in front of them, creating a floor plan. Creating specific "rooms" allows a player to collect "keys", and these keys let a player play the "locked" cards from their deck into their floor plan. Each of these locked cards contains a piece of critical equipment. Locate all three pieces to win the round, earning points for being first and for finishing round objectives. After three rounds, the player with the most points wins.