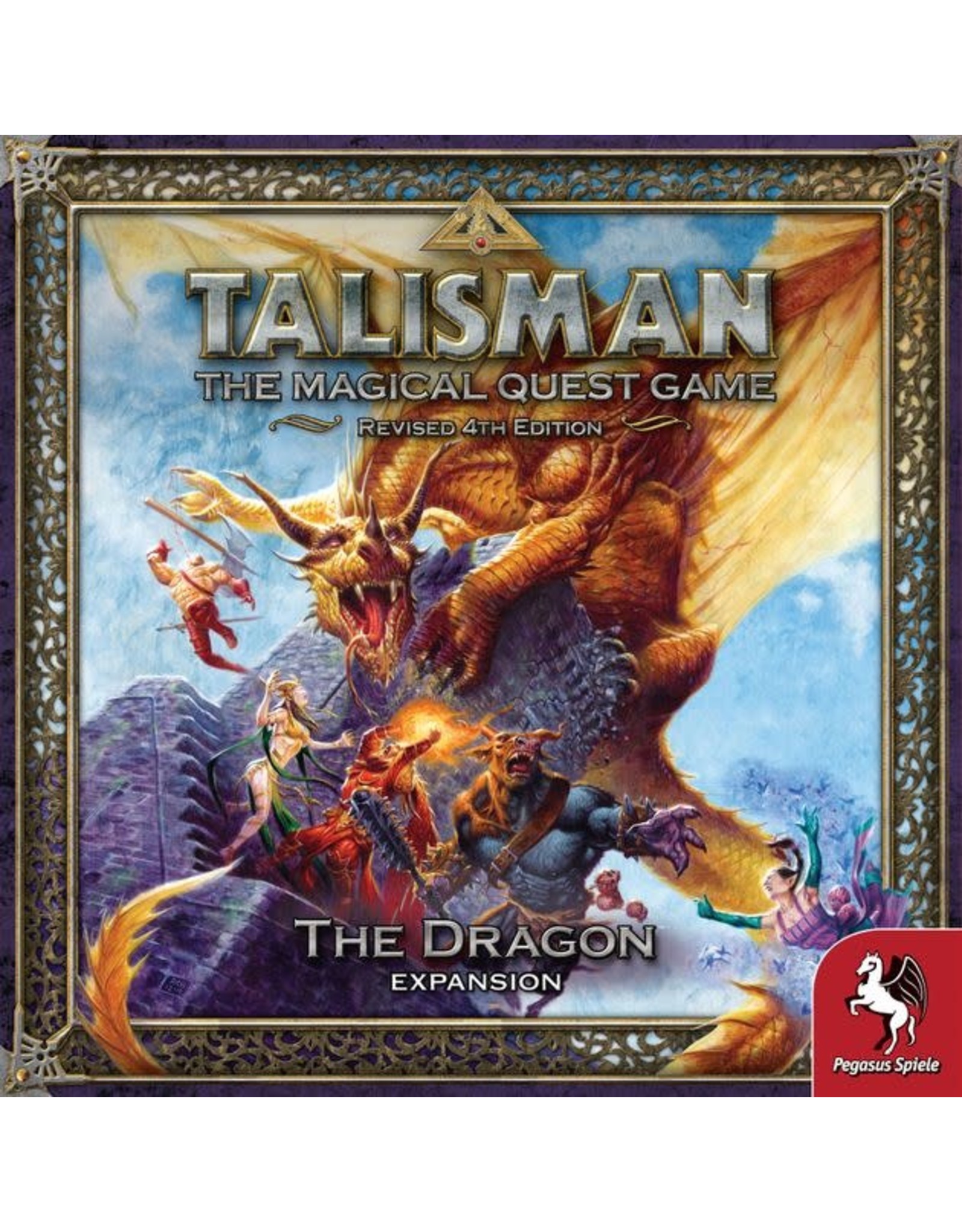 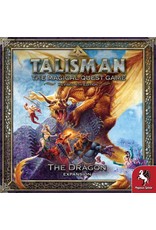 In Talisman: The Dragon expansion for Talisman Revised 4th Edition, players will pursue their quests with a while three Dragon Lords vie for the title of Dragon King.

Gameplay is affected each turn by the Dragon Lords' schemes, which cause players to have alternate encounters, such as facing off against new draconic monsters.

In addition to new characters, spells, and adventures, The Dragon features a new dual-sided Inner Region where a player chooses to venture into the Dragon Tower, or Dragon Realm.