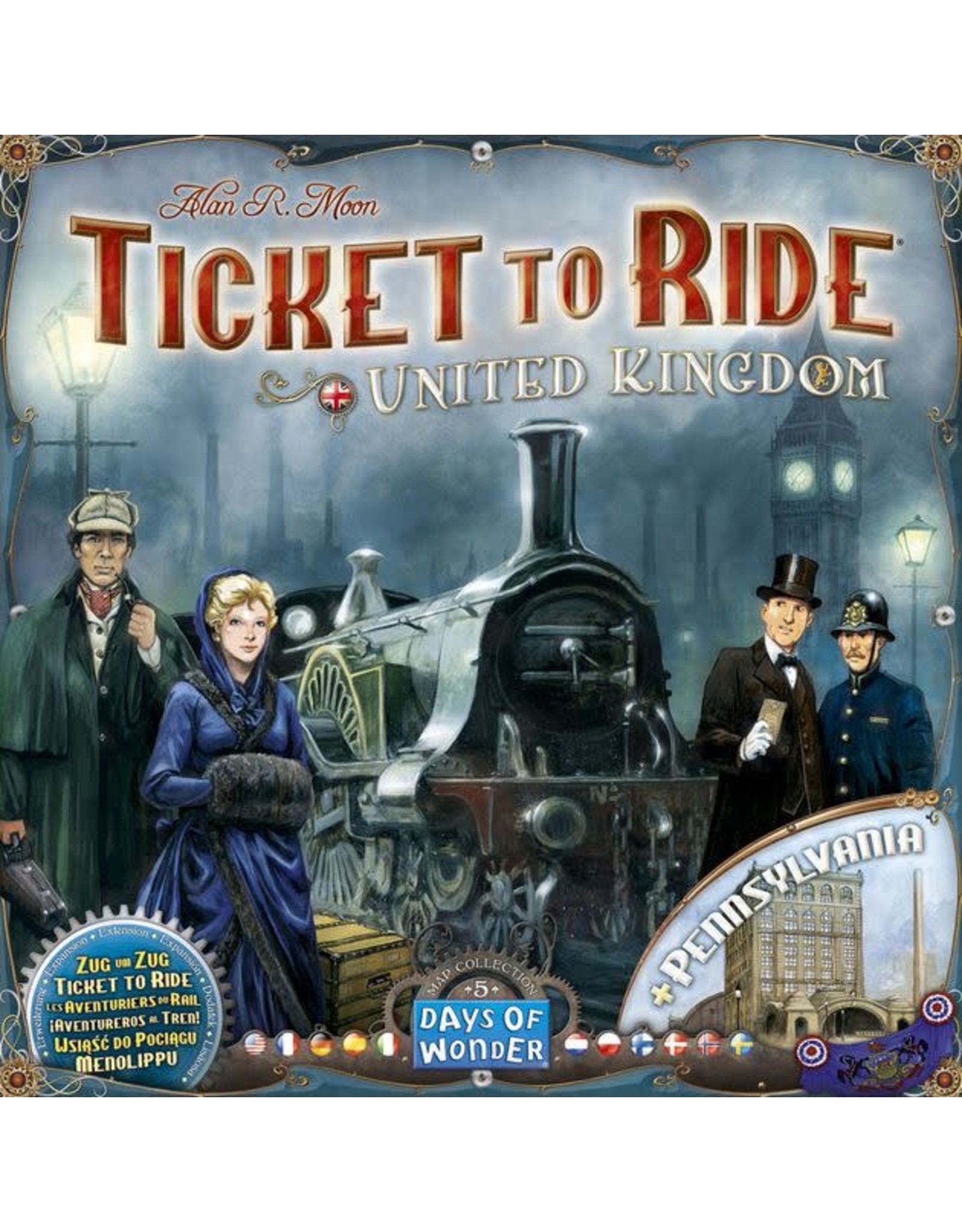 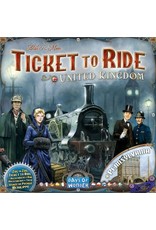 The Pennsylvania half of this map collection adds a share mechanism to the basic TtR game. Each time that a player completes a route, they claim a share of one of the companies depicted next to that route. At the end of the game, whoever holds more shares of a company than all other players receives points as a reward.

The United Kingdom half of this map collection introduces the concept of technology to TtR. At the start of the game, players can build only one- and two-train routes and only in England. By spending wild cards, players gain the ability to build routes three trains long or longer, in addition to being able to build ferries across water and build train routes in Scotland, Wales and Ireland. Players can also buy bonus cards that allow them to score extra points for taking certain actions during play. The game takes us to the beginning of the railway era, so the title correct for the whole United Kingdom of Great Britan and Ireland.

Part of Ticket to Ride series.